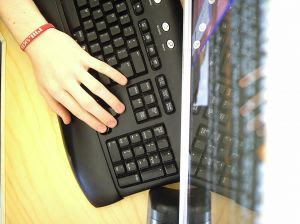 There are many gun games on the market, often referred to as first person shooters or shooting games. Whatever they’re called, gun games make up a big share of the market, but have come from humble beginnings. What made many gun games so popular and continues to make them popular is the combination of a solid story with plenty co-play or online play available.

For many players today, Doom, Wolfenstein 3D and Goldeneye 007 were household mainstays in the 80s and 90s. Their replay value was high and with the addition of Xbox and the Halo series, first person shooters became highly successful. What made Halo so popular was its foray into online gaming. Although many players chose to hook up their Xbox’s via an interconnecting cable, Halo 2 really took the next step and made the leap into online gaming. This became really popular as it was released at about the same time as the Xbox Live Marketplace.

Games today have figured out that with the flooded gun game market, it’s important to continually add new content via a marketplace like Xbox or store like the PS3. After more than a year since being released, Battlefield Bad Company 2 continues to release new material in order to stay in direct competition with, in this case, Call of Duty: Black Ops. After no more than three months, Treyarch’s Call of Duty: Black Ops is seeing its first expansion pack. Many consumers buy this content separately which also allows gun game companies to continually make money off of one game year around.

Gun games have made great strides in the past 30 years, but without such highly successful games like the Nintendo 64’s Goldeneye, gun games like Halo, Half-Life and Gears of War may have looked quite different than they do today.
Posted by peter55 at 10:25 PM

Email ThisBlogThis!Share to TwitterShare to FacebookShare to Pinterest
Labels: games